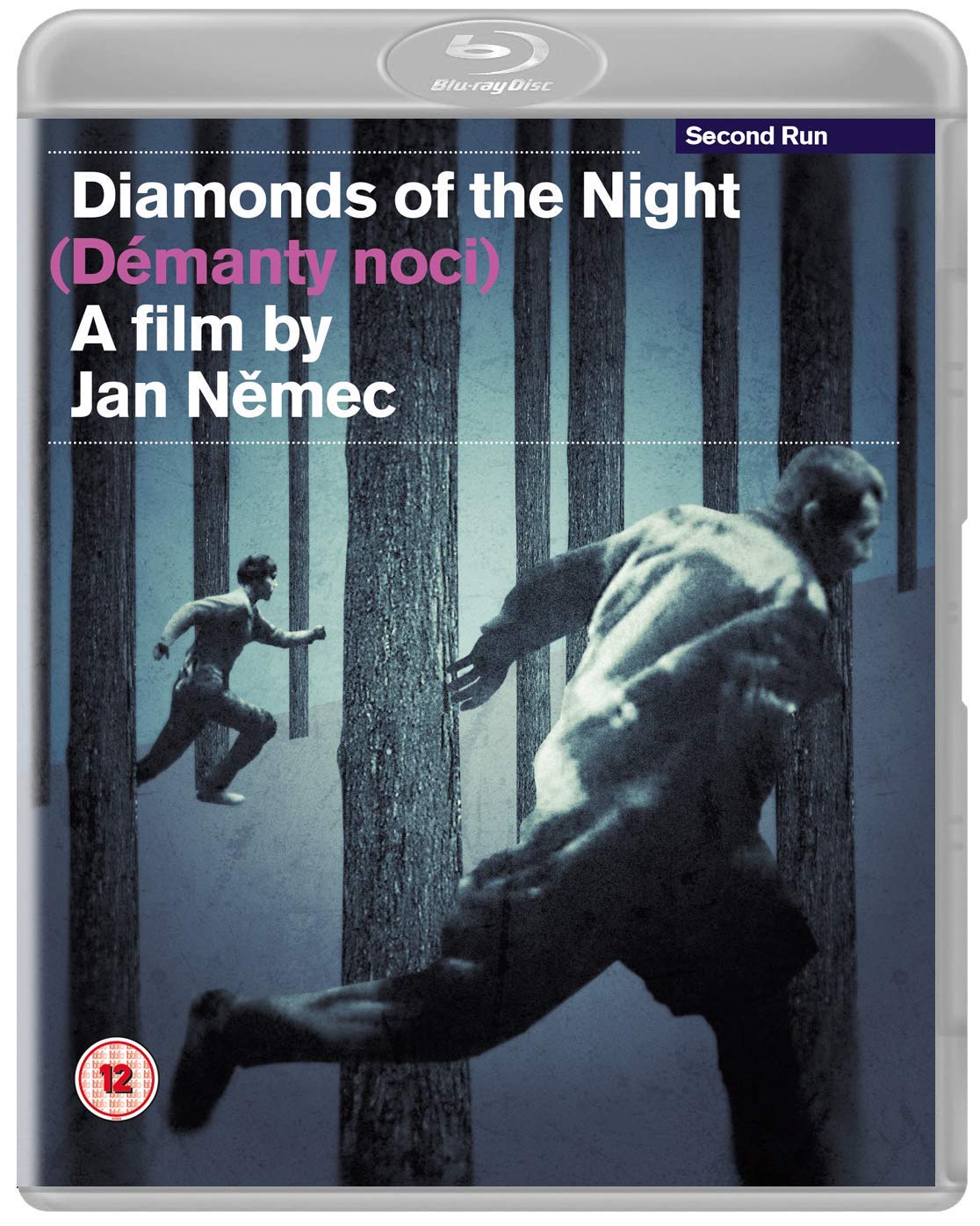 Diamonds of the Night (region-free Blu-ray)

Presented from the new 4K restoration of the film which premiered at the 2018 Cannes Film Festival, Second Run are delighted to present a new Blu-ray Special Edition of Jan Nemec's masterful and harrowing Diamonds of the Night. Nemec's debut feature is considered one of the most thrilling and startlingly original works of cinema. Told almost without dialogue, it chronicles the tense and desperate journey of two teenage boys who escape from a German train bound for a Nazi concentration camp during World War II. With its virtuoso cinematography, inspired editing and brilliantly utilised soundtrack, the film is a landmark of the Czechoslovak New Wave. Its themes of man's perpetual struggle to preserve human dignity in the face of unimaginable horrors remain fearsomely relevant today.