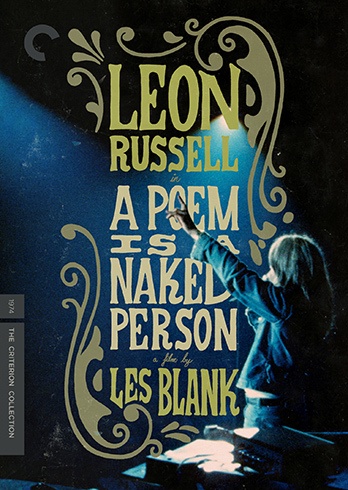 A Poem Is A Naked Person (Criterion region 1 DVD)

This never released until now feature documentary about singer-songwriter Leon Russell was filmed between 1972 and 1974. Film director Les Blank ended up constructing a unique, intimate portrait of a musician and his envoirnment. This film, which also features performances by Willie Nelson and George Jones has attained legendary status over the years. Bonus extras including a conversation between Leon Russell and producer Harrod Blank, a making-of documentary plus other bonus features.